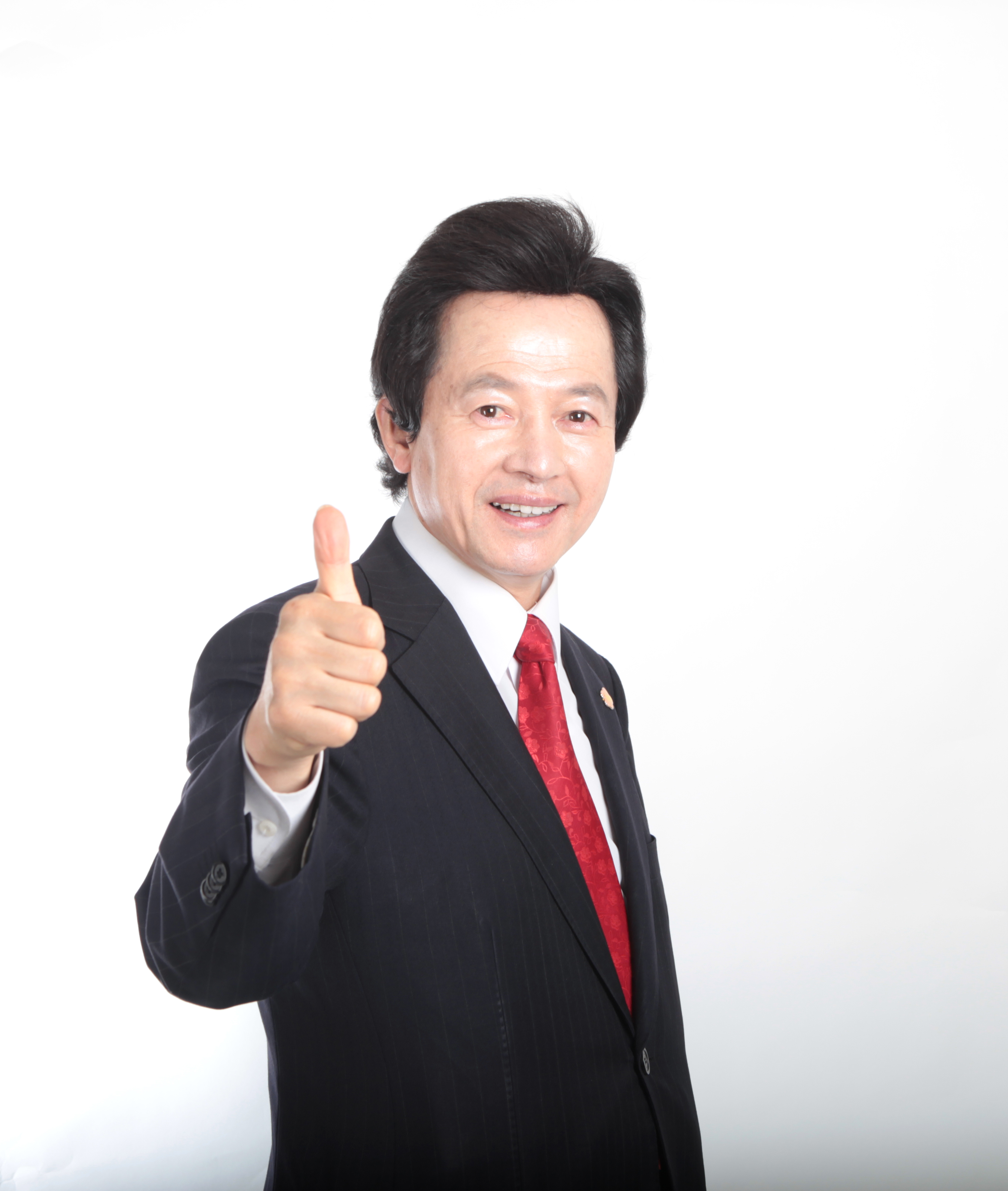 1. Politics Revolution:
a) 300 Members will be reduced to 100. They are volunteers and can only be funded by donations, as well as their assistants. The annual budget for 300 Members of Parliament with their 3000 assistants costs the country KRW 854 billion a year. These can then be saved.
b) Abolish the party financing: 40 billion KRW are paid annually for the party financing, in addition to 80 billion KRW for the election campaign. These funds will then be available for the people’s dividend.
c) Abolition of provincial elections: The representatives of the provinces are appointed directly by the president. The budget for the provinces will be abolished. This together with the provincial election budget yields KRW 900 billion. These are then available for the people’s dividend, as well as the salaries more than KRW 790 billion for the provincial representatives.

2. Party Revolution:
The party system should be abolished. As a result, the fight between parties is abolished.

3. Wedding Revolution:
Newly married couples receive KRW 100 million, men and women each KRW 50 million. In addition, 200 million interest-free loan will be provided for housing or purchase. This should increase the birth rate.

4. Birth Revolution:
Payment of KRW 30 million for the birth of a child. KRW 1 million per month for full-time housewives. This will increase the birth rate too.

5. Old-Age Revolution:
700,000 KRW per month for seniors over 65 years. A married couple receives 1.4 million KRW. This will solve the fear of old-age poverty.

6. Debt Revolution:
Debt repayment of 1300 billion KRW household debt so that the people can live in prosperity.

7. Dividends Revolution:
Introduction of a national dividend system (국민 배당금) by saving 50% of the 400 billion KRW in the annual budget.

8. Income Revolution:
Incomes of rich people and corporate profits are partly provided as the people’s dividend for the whole nation. This reduces the gap between rich and poor.

9. Fees / Tax Revolution:
a) Abolishment of provincial taxes and combining it as a state tax, so that the budget can be planned centrally and tax wastage is being avoided. Combination of 36 tax types as one tax to avoid tax evasion.
b) Tax integration management – many individual types of taxes and fees are combined into one tax payment, ie. for a car: now 15 taxes are to be combined into one tax.
c) Introduction of a tax score system – scores will be awarded depending on the amount of tax payment. Taxpayers (persons and companies alike) with high score are decorated and honoured. Scores are inheritable and transferable, and in the event of bankruptcy, a loan can easily be obtained.

11. Educational Revolution:
In high school, students can choose 1 subject that they know best. Only this one subject needs to be tested. The other subjects just need to be learned without exam. The goal is to protect the youth’s emotions and health.

12. Penalty Revolution:
All offenses except violence are penalized by fines in proportion to the assets of the perpetrator. Only one prison remains open in Korea, releasing large administrative and personnel finances that can later be disbursed as a people’s dividend.

13. New Deal Revolution:
The goal is to completely solve the unemployment problem by creating 1000 agricultural New Deal complexes. There are then ginseng and special cereals and other products grown. For this, 300,000 people aged 18 to 80 years have to be hired, and a salary of 1 million KRW per month is being paid in addition to free food and lodging. This ensures food supply for the country on its own.

14. Financial Revolution:
Introducing the secrecy of assets. Parents should be protected so as not to disclose their assets to the family. Through data protection, an Asian financial mecca can be promoted.

15. Employment Revolution:
The middle class should be supported, the young people should not only rush into the large corporations. In addition to the SME salary, young people working in SMS companies receive an additional KRW 1 million per month for a period of 3 years. Those who have worked for at least 5 years in the SME sector and want to start their own business receive an interest-free loan of KRW 300 million without collaterals. This will create jobs through SMEs.

16. UN Revolution:
The UN Headquarters is to move to the Panmunjom border area between North and South Korea. This in turn attracts 500 UN organizations there, which contributes to war prevention. The defence budget can be reduced. The unity of the world can be promoted thereby.

17. Money Revolution:
Increase the amount of money in circulation to activate the economy. The payment is made by the popular dividend (starting at the age of 20 years). As a result, the monetary value is not changed, but only the form of money. Thus, no inflation is being promoted thereof.

18. Provinces Restructuring Revolution:
The current 8 provinces are to be reduced to 4 provinces to reduce internal tensions.

19. Military Service Revolution:
Recruitment reduces youth unemployment and the defence budget is being relieved. This can again benefit the people as a popular dividend.
Basic military service should last only 1 month and the military will otherwise be equipped with professional soldiers who will receive KRW 2 million.

20. Agrarian Revolution:
Abolishment of the authorization system for the trade of agricultural land. Activation of weekend activities of city dwellers. As a result, agricultural products can be exported and the agricultural industry is once again to become a leader in the country. This starts the 2nd village renewal movement.

22. Anti-Bribery Revolution:
Only the bribe receiver will be punished. Bribe giver can report corruption, and the state repays corruption, the receiver is punished. As a result, people will no longer be ready to accept bribes in the future.

23. Bonds Revolution:
Bonds issued by companies should be exchanged immediately for cash. Firms issuing bonds must take out insurance policies to hedge the loss.

24. Private Protection Revolution:
No excessive seizure – KRW 100 million is the free allowance that cannot be seized. This serves to protect the basic security of the people. Divorce or criminal history should not be recorded in the documents in order to protect the privacy of the people.

25. Veterans Revolution:
State pays 500 million KRW to veterans of the Vietnam and Korean War and a participation dividend of 3 million KRW per month for participation at war. This is to encourage young people to participate as soldiers in case of conflict.

26. Company Structure Revolution:
In order to protect workers, a family-like structure should also be introduced in large companies. This should prevent the division of workers and managers in different classes and should introduce them into a business family structure.

27. Organ Donation Revolution:
The country should take responsibility and take over management of donor availability to ensure that patients do not suffer from an organ deficiency. The waiting time should not exceed 1 year. This serves to protect the people, the right to life and the right to happiness.

29. Disabled People Revolution:
Responsibility and support from the state to protect the disabled people to improve their well-being. This includes job search, mobility assistance and financial support.

31. Fines Revolution:
The amount of the fine depends on the income situation of the perpetrator, in order to protect low earners against too high penalties.

32. E-Cash Revolution:
The promotion of credit card payments and bank transfers could generate about KRW 100 billion a year, otherwise lost through tax evasion.

33. Water Revolution:
Dangerous pesticides in agriculture are to be replaced by natural remedies and factory effluents are completely blocked to enhance the water quality of the four rivers and drinking water reservoirs to their highest peak.