Summary of the 33 Hoh Kyung Young Revolutionary Commitments 1. Politics Revolution: a) 300 Members will be reduced to 100.…

33 Commitments Summary of the 33 Hoh Kyung Young Revolutionary Commitments 1. Politics Revolution:a) 300 Members will be reduced to… 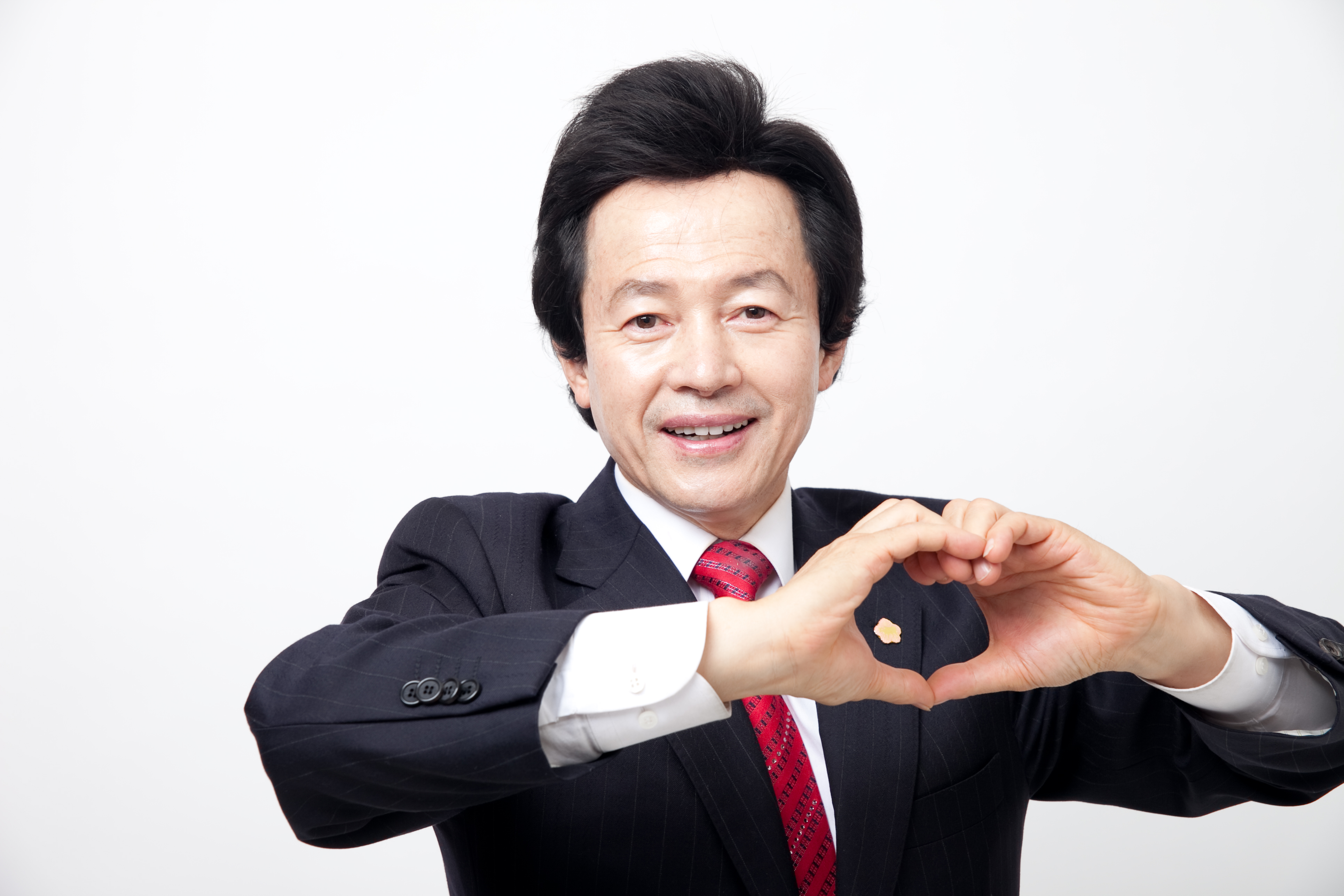 Huh Kyung Young (HKY) (허경영) was born on the first day of 1950 (01.01.1950) under the Joong Rang Bridge in Seoul. When he was born, his father was in prison because he was suspected of being a communist. He had transferred a large portion of his land to poor tenant farmers without asking for money.

The background for this situation was as follows: The father of HKY’s father, HKY’s grandpa was a landlord of a wealthy family. As such, HKY’s grandpa leased many small estates to poor peasants who were working the land for their living. After his schooling, HKY’s father went to Japan to study. When he returned to Korea, he tried to convince his father (HKY’s grandpa) to give the land to the peasants with a certificate, so that they would become owners of the land. There were big arguments in the family, but eventually HKY’s grandpa agreed to give the land away. Since this was done in the forefront of the Korean War and all activities closer to Communist ideals were condemned, HKY’s father was arrested under Communist suspicion and locked up in the Seoul Prison. After imprisonment his wife spent her time waiting under the Joong Rang Bridge near the prison, expecting every day her husband’s (HKY’s father) release. But this didn’t happen. HKY’s father received the death sentence and was executed after the third year of his imprisonment. During this wait, HKY’s mother became pregnant and gave birth to her son, Huh Kyung Young, under the Joong Rang Bridge, as described earlier.

The Korean War began on June 25, 1950, and HKY’s mother fled with him to Jinju in southern Korea. HKY’s mother died when he was four years old. After the death of his mother, a farmer took of him and pulled him up. HKY had the task of raising a calf. He looked after the calf very well and it grew into a big, healthy cow. One day, the farmer took the cow to a butcher and slaughtered it. HKY saw the shocking moment when the cow he loved was killed and so he decided to leave the farmer.

Despite all the difficulties, HKY managed to return to his birthplace Seoul. He had to somehow survive and so he tried many activities, such as stuntman, slipper seller and shoeshine. He even sold his blood to survive. One day, when selling sandals, he met Lee Byung Chul, the founder of the Samsung Company. HKY asked Mr. Lee to buy the sandals from him. HKY told Mr. Lee that he needed money to go to school. Mr. Lee asked HKY to come to his house and listened to his life story on the way there. Mr. Lee considered HKY a brilliant student and so he offered him to stay in his house. Through this encounter, Huh Kyung Young became the adopted son of Lee Byung Chul, the Samsung boss and founder.

The then President of the Republic of Korea, Park Jeong Hee, had many worries. After the war, Korea was in great poverty. One day Lee Byung Chul introduced his adoptive son HKY to President Park. Mr. Lee said that HKY would be helpful to the country. So President Park accepted Mr. Huh Kyung Young as secret secretary. President Park, at that time was anxious to rebuild the country and lead it from an agricultural land into an industrial nation. In HKY’s new role as secret secretary, he proposed to President Park that the new movement should be organized as the New Village Movement (Sae Ma Eul Woon Dong), which happened accordingly. This eventually led to Korea being guided out of poverty, laying the foundation for the later economic rise of the country.

From the age of 40, HKY has been a presidential candidate, a total of 3 times so far. In 2007, in his third attempt, he was able to attract the attention of the country because of its interesting program items. He has diverse mental abilities, including exceptional healing abilities and has healed many people. He has also come up with innovative commitments, such as paying 30 million won for each birth and 100 million won for each marriage so that birth and marriage can take place in a secure setting. Furthermore, a national dividend gugmin baedang-geum (국민 배당금) is to be paid out to every Korean citizen. These amounts serve to promote the middle class and strengthen the economy. Furthermore, HKY proposed the removal of UN headquarters to Panmunjeom (판문점), the borderline between North and South Korea.

HKY has been given countless lectures over many years to people worried about the future of South Korea and humanity in general. All his lectures are freely accessible on YouTube.

HKY is now ready to become the 20th President of the Republic of Korea. For this purpose he founded the Gugga Hyeongmyeongdang (국가 혁명당) party on 15.08.2019. By unanimous decision of all Party members, he is already the first presidential candidate for the next presidential election in South Korea. After taking office, HKY wants to make Korea a wonderful place to live, and seek to bring peace and unity into a world without weapons, borders and other obstacles. Likewise, important topics are the health of the planet Earth as well as a humane treatment of all people worldwide. HKY’s perspectives are of great breadth and depth and can positively impact all humanity.

“But if you give to the needy, do not let your left hand know what the right one is doing.” – Matthew 6: 3.Paragraph

From Huh Kyung Young’s autobiography entitled: ‘The Korean national flower Mugunghwa 무궁화 is not yet withered’.

Part 2: Return to the birthplace of Seoul to attend school.

Part 3: The time at Highschool.

Part 4: My life similar to that of President Park Cheon-Hee